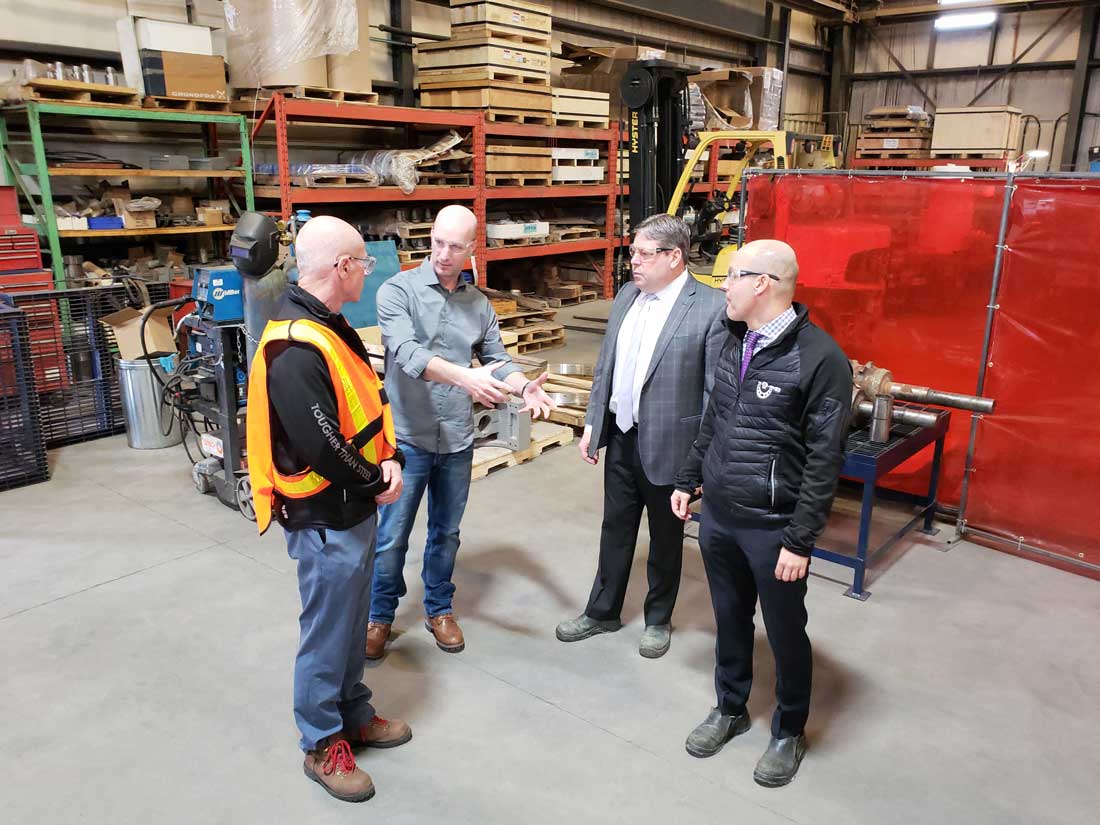 Canadian Ambassador to Mongolia, David Sproule paid a much-anticipated visit to Gemini Machine Works recently. During the morning the Ambassador met with Gemini Sr. Management to discuss the current business climate for Canadian companies operating in Mongolia, as well as insights that could help them compete.

While touring the machine works and heavy equipment repair facility to better understand Gemini’s capabilities and operations, Ambassador Sproule spoke with several skilled trades-persons about the different projects on the shop floor.

Canada is one of the top investors in Mongolia, largely in the mining sector. In 2015, Statistics Canada estimated Canadian investment in Mongolia at approximately $6.4 billion.

“The Ambassador’s international experience speaks for itself and we couldn’t have been happier to hear his opinions and have his attention for the morning.”

David Sproule began his career as a Foreign Service officer with External Affairs Canada in 1981. Following his first posting as Third/Second Secretary in Singapore, Mr. Sproule held other positions in embassies abroad, including as First Secretary in Bangkok and Counsellor in Washington, D.C.